An assesment of the quality of refill drinking water (gallon water) has been carried out. The purpose of this study is to determine the quality of drinking water consumed by people in Samata-Gowa. There were five water samples taken from five residents' houses. The method used were testing physical and chemical parameters. These two methods consisted of temperature, color, odor, and taste tests; biological test with simple method; chemical test using tea water; pH meter test (acidity); conductivity test; and assay for Pb and Fe metal levels using AAS (Atomic Absorption Spectrophotometer). The results obtained included that the temperature of the five samples was in the range of 23.0 °C-27.0 °C, there were showing no turbidity/colorless, odorless, and bland taste; biological test of each sample showed no precipitate formed; chemical tests on the five samples indicated that there were no change in color; pH and conductivity values ranged from 7.5-8.79 and 65.2-109.3 S/cm, respectively; Fe and Pb levels in each sample were 0.0-0.1 mg/mL and 0.05-0.08 mg/L. Based on these data, the quality of refill drinking water for the people of Gowa-Samata is still suitable for consumption because some of these parameters qualified the standards. 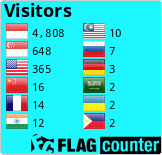